Most people know about NeuroTracker from sports stars using the technology to up their game. However, NeuroTracker trains high-level cognitive functions in a top-down way, and this can transfer to all sorts of human performance domains. As we will see, this doesn’t just mean enhancing peak performers but also includes helping people attain mental abilities that we take for granted.

It’s been almost 10 years since Manchester United F.C. – the world’s most popular sports team – began using the technology right out of the Faubert Lab. Since then pro athletes in major sports across different continents, have been getting in on the action to gain a competitive edge. In fact, the cognitive dimension of athletic performance is fast becoming the new way to attain sporting prowess.

A pinnacle example of a success story is Matt Ryan, the NFL MVP who the New York Times reported on as a disciple of the technology. In a rare interview, Ryan and told them that,

“We spend a lot of time working on our bodies, it’s equally important to have your mind operating on a high level. That’s key as a quarterback, to be able to see things and how they relate to each other really quickly, I think that’s exactly what NeuroTracker helps you do. I use it all year-round.” 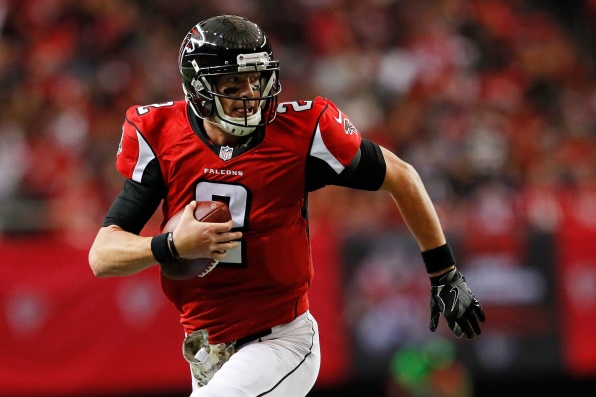 The New York Times concluded that “NeuroTracker has grown into the most successful brain-training game in sports”. The most recent success story of leveraging this cognitive training is the Washington Capitals, who had pivotal NeuroTracker veterans help them claim the Holy Grail of ice hockey – the Stanley Cup.

Undoubtedly there will be an array of other cognitive technologies that will become standard training tools in the coming years, but for now, NeuroTracker is the only perceptual-cognitive method with peer-reviewed scientific validation, that has been demonstrated to enhance performance on the field.

Pioneering researchers at McGill University saw the potential for NeuroTracker to raise the attentional capacities of children. The goal was to help them overcome the challenges of learning difficulties in order to improve their performance in the classroom.  Attention is considered a fundamental skill for academic learning, with inattention being a major challenge to learning, as well as a key behavioral problem for teachers managing a large class.

Their ground-breaking research shows that significant gains in core attention capacities can be made with just a few hours of NeuroTracker training.  They also reported that educators and parents saw big changes in the attentiveness, motivation, and behavior of the students trained. On the back of this, there are now a range of top educational institutes putting in place training programs to improve the learning capacities of students in general. Revered educational strategist Dwayne Matthews is a key adviser on this program.

Soldiers and police men and women have to deal with life-threatening scenarios on a regular basis. Often these play out under intense psychological pressure with complex and rapid decision-making demands. For these reasons, elite US and Canadian special-forces have been using NeuroTracker to heighten their situational awareness and split-second decision-making abilities. In unpublished research, these personnel were trained up to show that improved reactions in Close Quarter Battle scenarios, such as clearing a room of threats, can reduce casualty risks.

US law enforcement agencies, and most recently the Canadian Mounted Patrol, have been similarly started conditioning their forces’ abilities to focus under pressure. An on-going study will also see if NeuroTracker training can increase the number of cadets that graduate through academy programs.

Military and law studies and practices are not usually made publically available.   That said it’s reassuring to think that these personnel can make the right decisions, and avoid potentially life costly errors when performing in the field.

4. Increasing the Efficacy of Industry Training

From industry based skill-specific training to developing technical abilities in military or medical roles, getting individuals to perform to the correct standard whenever and wherever needed is a major challenge.

To this end, important technical jobs often require complex and costly training programs, such as advanced simulations and VR environments.  But how do companies choose who gets this investment into their careers, and how do they ensure the training will be effective?

A giant in industry training, Rockwell Collins has been using NeuroTracker to assess trainees’ capacities to respond to training programs. Those who respond to NeuroTracker with steep learning rates show traits of high neuroplasticity and the cognitive flexibility to adapt to training generally.

Taking things one step further, they even studied jet pilots while performing live NeuroTracking when executing complex flight maneuvers.  From the data, they can assess the optimal training load for an individual pilot so that their program can be adapted specifically to their needs. It’s also expected that the combined training will improve piloting skills over time. 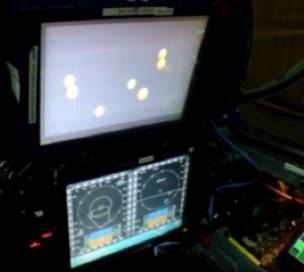 This year Rockwell Collins and their collaborators presented the study and cockpit technology at ITSEC (a major training industry conference), winning an innovation award.

Professional sports teams are engaged in a profiling arms race to discover elite talent before their competitors. And for good reason too – high caliber athletes are pretty much worth their weight in gold these days. In sport of soccer, even transfer fees for players can reach in excess of $200m, with Barcelona F.C. paying $260m for Neymar last year. With those kinds of numbers, a hell of a lot of money can be made if talent can be spotted before it matures. For instance, during Cristiano Ronaldo’s rise to FIFA player of the year, Manchester United made a cool transfer profit of almost $130m.

The NFL and NHL combines are a hotbed for the latest tests to glean insights into potential for sporting excellence. This includes detailed medical assessments and batteries of physiological tests.  However, in the past teams at the combines have also profiled athletes using NeuroTracker, in order to discover elite potential at the cognitive level. As well as being used for recruitment, data from these baselines are being tracked against career progress from youth to adult age. In a few years’, and for the first time ever, it should provide insights into just how much advantage can be gained from a mental edge.

Similarly, US Soccer have collaborated with NeuroTracker and the Faubert Applied Research Center to assess thousands of young professional players. At annual assessments, hundreds of athletes are baselined per day, and the results are cross referenced with all other tests and demographic data. In a large research project spanning years, data mining techniques are being utilized to discover what matters most during talent development. Early findings have indicated strong correlations between US Soccer scouts’ measure of potential talent, and NeuroTracker scores.

In a unique study with players in the NBA team Orlando Magic, NeuroTracker baselines were compared with on-court performance statistics over the course of a season. NeuroTracker scores turned to be a great predictor of which players performed better on the court, particularly for measures like assist ratios and turnovers. They also correlated with different levels of play for different court positions.

In a landmark study published in Nature Scientific Reports, hundreds of pro and collegiate team-sport athletes underwent 15 NeuroTracker sessions. The goal was to see if athletic success was a key determinant of mental performance.

The investigation showed that elite athletes in top NHL, EPL and Rugby teams, have superior cognitive capacities for perceiving complex and dynamic scenes.  However, more importantly, it discovered for the first time that they also have much greater neuroplasticity, learning at far faster rates than amateurs.

As we have seen, neuroscience is now merging with sports science at an accelerating rate. It already looks to provide invaluable insights into the inherent abilities of sports stars, with much more to come.

To find out more about the points mentioned above, check out these blogs.