Soccer, or football as most countries call it, is a wonderful game. As the world’s most popular sport it’s watched and enjoyed by millions, forming cultural connections across the planet. As a former professional player for West Ham United and a human behavior specialist, I truly believe we need sport to be an embodied expression and understand the whole experience of performance.

Here I see two main challenges for the modern game. Firstly is the psychological dimension. Sports like football might bring fame and fortune, but surprisingly, they also come with a lot of pressures that can actually harm an athlete’s mental well-being. Secondly is the fascinating dimension of mental performance. Great players possess meta-skills which go beyond the physical. Athletes need to hone and harness these in order to achieve mastery of the game.

Here I’ll delve into both of these dimensions.

The Pressures of the Game

We let things happen in football that we wouldn’t let happen anywhere else. For some reason there’s a misunderstanding that we don’t need to look after the mental well-being of players. The truth is the opposite. In sports we need to be more mindful, in terms of the players, coaches, the staff and the managers. There’s more than just the sport.

There is a genuine need to be aware of the psychological perspective, not just for performance, to but love the game, rather than fear the pressures it can bring. Players struggle to view themselves from a human perspective, trapped in a bubble. Football becomes something they do and no longer something they are connected to.

It’s also not easy with the public or even fans. In today’s game players are simply labelled by their salary, rather than who they are in terms of their hearts and minds. Professionals who dedicate their life to their sports career become victims in the media overnight for even the most irrelevant things.

In the UK, players that make it tend to come from inner cities. I grew up with street culture and think that psychology is the reason why this is the case – footballers have to be surprisingly tough to survive the pressures of a successful career.

The Challenges of Club Culture

Coaches have a big influence on players, but there’s an art to coaching which is difficult to master. In the EPL teams have to face the reality that next season might mean a new manager, as well as all the new staff they bring with them. The team can also buy in new talent at any time, and at the drop of a hat, sell a footballer who’s played for the club for years. The commercial side of the game inevitably spreads into the club’s coaching culture. What I’ve learned, is that clubs need to overcome the tendency to create divisions between staff and the athletes they’re mentoring.

To give an idea, there’s a trend with clubs to separate the first team training grounds from the younger players’ grounds. Up and coming players then miss out on the inspiration and education the top players pass down. So that’s an example of under-estimating the power of club culture for bringing through tomorrow’s talent.

Coaches are obviously important to players, but actually parents are also incredibly important during those crucial development years through their teens. Unfortunately they tend to put much trust in the club, and don’t realize that professional teams are primarily a business. They don’t always have the best interests in mind for their players.

Sir Alex Ferguson exemplified sports leadership. This was a man who could really involve players who were also natural leaders, and leverage their abilities to inspire the rest of the team. Really special players can build rapport at a social level and bring out the true spirit of what the game should be all about.

Even if world-class stars like Cristiano Ronaldo didn’t fit with Sir Alex Ferguson’s style, he was flexible enough to switch his behavior to cater to the needs of his team, through generational changes. He would also listen and connect with players, who themselves have a lot of experience and knowledge, which they can share to help their coaches become better at what they need to do.

Probably the most important thing about Sir Alex Ferguson was that he could get players to believe in the philosophy of the club culture and embody it. After a game, the players would speak about the club like a person or a family. This is how you foster really great player relationships. 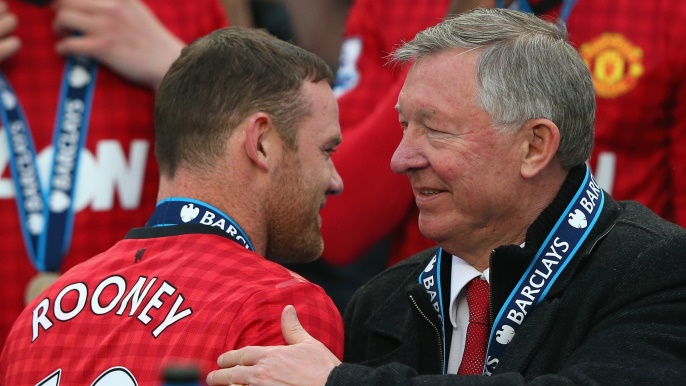 From my own experience working with pro footballers as a consultant, as well as in-depth conversations with a plethora of football stars, I’ve found that everything has to stem from respecting players.  This is particularly important with youth players – once they can trust you, they can be guided by you. Ultimately a great team needs to bond.

The Unspoken Dimension of Performance

The EPL is known to be the best football league in the world for entertainment. When you break it down, there’s a small group of elite players in the Premier League that set themselves from the rest. The rest are physically just as capable, but they don’t have the mental edge that takes them to the highest level. It’s what’s going on in their mind that’s ultimately fundamental.

First all a player has to process a massive amount of visual information, and every half second they have to construct these images in their head, then delete the ones which are not important. Then they have to evaluate things like the speed of movement of the players, the ball trajectory coming to them, which foot they’re going to use to control the ball, which side of the foot, and how many touches they will use. And all this has to be experienced at match tempo. 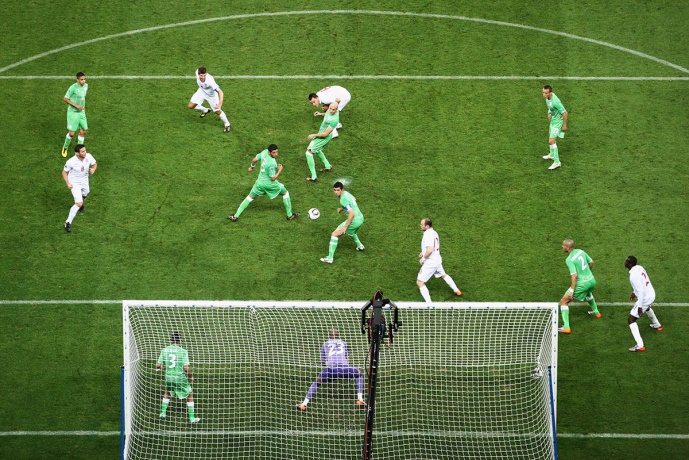 Now after that half second, the scene has changed so they have to run through that process again. In the EPL the game is getting faster and faster, and because of this players in today’s game are a lot better technically, than they use to be. They simply have to be able to compete at this mental level.

What I don’t get, is why we don’t talk about this whole dimension of performance, or even just getting the players to understand the value of what goes on in their minds. Now all coaches know that decision-making is crucial. That said, I can tell you first hand, that as a professional the only advice I would get was a coach on the side lines of a match shouting ‘Decision-making!’ The missing gap is actually teaching and learning these skills found between the ears.

When you watch sublime football, what you see is a virtual telepathy between players. They know exactly how someone moves and can predict what they are planning to do before it happens. Part of this is about being mindful of teammates. But more than this, there’s needs to be automaticity and a state of flow.

This is what I call ‘unconscious competence’ – where players are able to rely on their physical skills, situational awareness and decision-making, without having to overthink anything. There simply isn’t enough time.

Some great players acquire unconscious competence through their natural abilities, dedication to self-development, and hard work. For the rest it seems a mystery, but in fact it’s not. There are ways to develop this ingredient of success and these need to be taught by coaches. For a start there are some great mental training technologies teams can adopt right now.

For example I recently posted a blog with a side-by-side video of EPL star Pierre Aubameyang and myself both using NeuroTracker. When I first tried it, the value for sports was instantly clear to me. This is a tool anyone can use to quickly improve their processing speed and decision-making accuracy. I even interviewed the inventor Professor Faubert to feature this NeuroTracker’s methodology and science in my book Soccology.

Coaches themselves need to first buy into the cognitive learning side of football, and start seeing the real value of how conditioning players at a mental level can actually transform them. But also, athletes can take the initiative to pursue their own cognitive development path.

I recently published Soccology with the goal of providing support for athletes, coaches and even parents, to help understand the whole experience of sports performance from the perspective of football.

Former West Ham and Charlton footballer turned human behavior specialist, Kevin George based ‘Soccology’ on his internationally acclaimed course of the same name. He specializes in understanding the role of childhood, feelings, environment, and lifestyle on a player’s mind-set and how to use a player-centered approach to get optimum results. The book is considered a must-read for all lovers of the game. If you’re interested to learn more about Kevin George, visit www.kevin-george.com/ 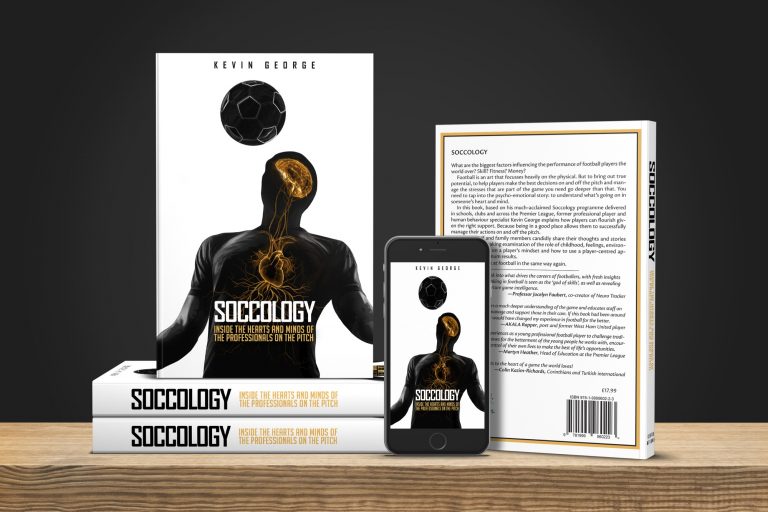