Ben Marien is NeuroTracker’s very own Director of Business Development for Athletics and Performance. It’s a role which involves working with lots of pro sports teams and leading clinicians, so he was recently invited for an interview on the Dynamic Duo podcast to present what the technology has to offer. The NeuroTracker team really liked the way he introduced the technology for people new to it, and for that reason, we asked him to contribute his very own Expert’s Corner blog. Enjoy!

The commercial version of NeuroTracker has been around for close to 10 years, however, the science behind the technology evolved out of over 20 years of research by our chief science officer and founder Professor Jocelyn Faubert, at the Faubert Lab.  He’s known as the world’s most preeminent expert in the field of visual perception, and he evolved the science of NeuroTracker to be able to assess and enhance human performance in new ways.

To date, NeuroTracker is used in over 700 hundred human performance and research centers around the globe. At the elite level, this includes top-flight teams in the NFL, NHL, NBA, EPL, and MLB, as well as US and Canadian elite Special Forces. An iconic example of a NeuroTracker star is Matt Ryan, who explained in an interview with the New York Times how NeuroTracker helped him become MVP of the NFL in 2017. 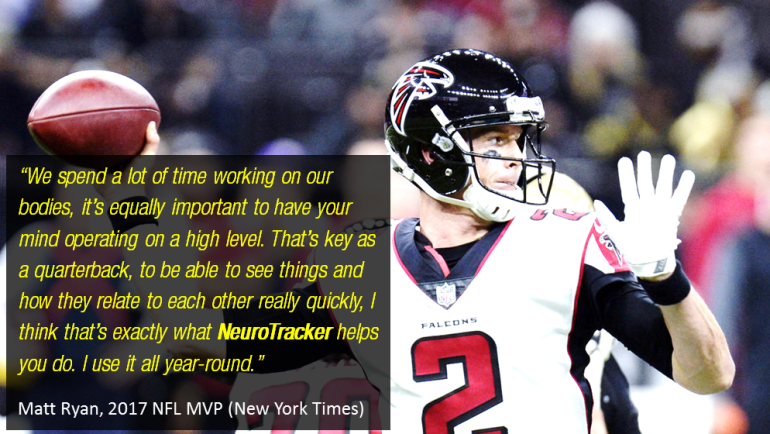 We have two different ways the NeuroTracker software is used, either in a training center or clinic under the guidance of professionals, or by individuals in the comfort of their own homes.  The center based version of the software is more advanced, and typically uses a large immersive display such as a 65inch 3DTV or a 3D projector.

In all cases, the essence of NeuroTracker is ‘3D multiple object tracking’, and this includes the studies and the science that have been built around that. The way that NeuroTracker exercises the brain, and the way that it’s really able to light it up cognitively, is achieved by tracking targets as they move around a virtual cube.  This happens for several seconds at a time, and then the task repeats. As you get better, the speed of those targets and the number of them can increase.

Part of NeuroTracker’s ‘secret sauce’ is an algorithm that pushes you closer to your personal limits, each and every time you train. People have good days, and people have bad days, so if you’re less able to focus, the system will account for that. Or if you’re hyper-focused and feeling good, then it pushes you much, much harder. I like to compare it to strength training – what you’re doing is progressively overloading the brain’s ability to pay attention, and progressively building up that capacity.

The scores you get are a measure of your ability to track a certain amount of targets at speeds where you will get all of them correct around 50% of the time. It’s a crucial measure and the main scientific metric that NeuroTracker delivers.

The sessions are designed to be delivered in bite-size intervals of intense focus training, and so a single workout will normally take around six minutes to complete.  Really the idea is that NeuroTracker delivers a level of cognitive training that few other products out there, if any, can compete with.  And because it takes such little time, it’s very easy to fit into other larger therapies or training plans. 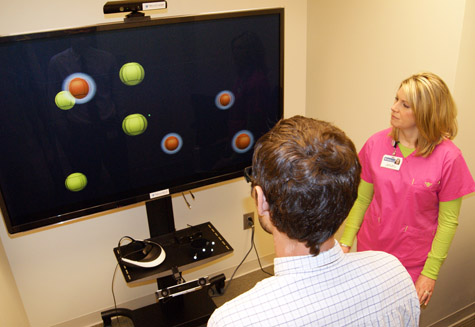 I think that NeuroTracker is a very useful tool in that sense. Above and beyond what it delivers on its own, it will fit into any other training plan – whether it’s for performance, rehabilitation, or just people at home who want to work their brains within their daily schedules.

Who is NeuroTracker Useful For?

Anybody who has a brain really.  The only prerequisite is to understand what’s asked of you and to have the basic visual capacities to attempt to follow the targets moving on the screen.  It’s impressive how widely NeuroTracker has already been adopted.  We’ve seen it utilized very successfully in a performance setting, from amateur to professional athletes, through to military specialists.

We’ve also seen it used very effectively in active aging, which is what one of the very first NeuroTracker studies showed it could be helpful for. This includes people that want to retain cognitive functions for everyday life – from crossing the street to driving a car.

Pretty much anybody who’s interested in improving their mental performance has the potential to benefit from NeuroTracker training.

Taking Things to the Next Level

I think one of the most exciting things about NeuroTracker, is that once you’re able to train up and get to a decent level, you can start to make the training more progressively challenging by adding in motor-tasks while NeuroTracking. For example, if you’re a sports person, you could dribble a basketball, so that the dual-task training load is tailored to your needs on the court.  This is a scientific methodology known as the NeuroTracker Learning System, and it allows training to be made infinitely more difficult because you can always keep adding more complex tasks. 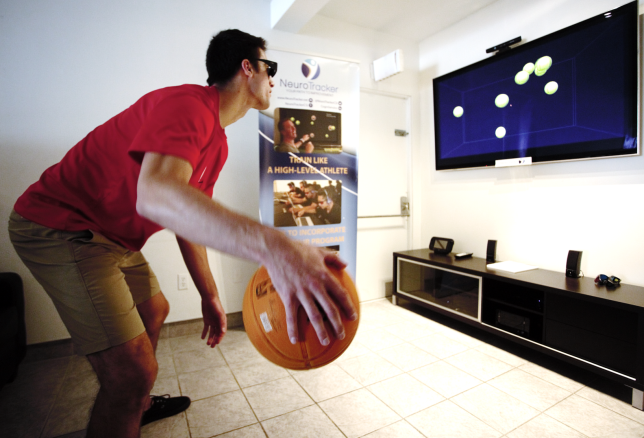 With seen this method work in research studies, as well as applied widely in performance training.  Pretty much all the teams using NeuroTracker in the NFL, NHL, and EPL, train their athletes on NeuroTracker at four targets paired with complex motor or decision-making tasks. For athletes, this is kind of the Holy Grail of neurophysical conditioning, because competing in high-level sports involves managing lots of physical and mental demands simultaneously. 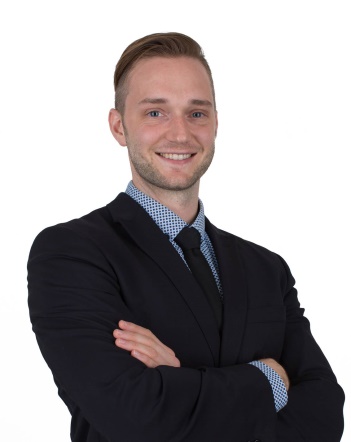 Ben is the Director of Business Development for Athletic and Performance Markets for NeuroTracker.  A graduate of McGill University and a former professional squash player, Ben’s role with NeuroTracker involves working closely with a wide range of human performance expert’s across Canada and the US.

If you liked this blog, then you can listen to Ben’s full podcast interview with Dynamic Duo here.

If you’re interested in reading more Expert Corner blogs on the applied uses of NeuroTracker, check out these blogs.

Helping the Everyday Sportsperson Gain the Edge Over Their Peers